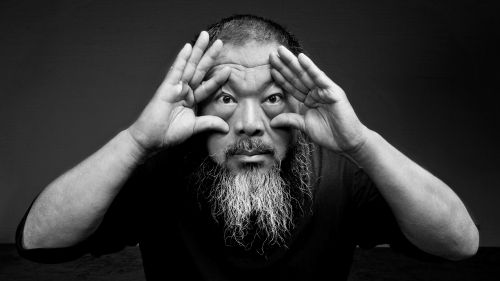 AI WEIWEI: Cubes and Trees (17 June – 9 October 2016) brings two major series of this artist’s work to Cambridge. The exhibition also extends beyond the building of the Heong Gallery to invite visitors further into the grounds of Downing College.

Ai Weiwei (b. 1957) is a Chinese artist and activist who lives and works in Berlin and Beijing. Since his installation Sunflower Seeds at Tate Modern six years ago, he has been the focus of several displays in British institutions. Most notably, his exhibition at the Royal Academy last October was hailed as ‘the cultural phenomenon of the year’. The exhibition will include work in a variety of media, including sculpture, film, video and wallpaper. It is focused on two series of sculptures: cubes formed from different materials (such as tea, wood and crystal) and trees constructed from discarded wood fragments.

The exhibition has been curated by John Tancock in collaboration with Ai Weiwei.

Watch a time-lapse video of the installation of the trees at Downing College.