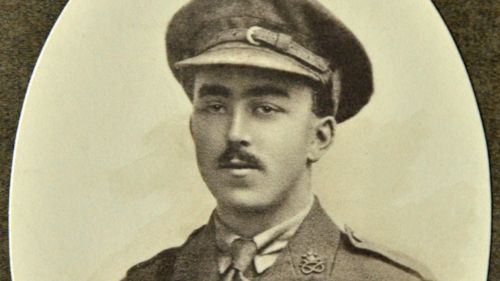 Today we remember former Downing student Gerald Harmer (1914), who was killed in action on this day 100 years ago, aged 21, taking part in the Somme offensive.

He was the only son of Francis and Julia Harmer and matriculated at Downing in October 1914, as a Shreiner scholar studying Medicine. He obtained his commission with the North Staffordshire (Prince of Wales) Regiment in December 1914 and was killed by German fire while working to enlarge trenches.

Read more in Downing College and the outbreak of war in 1914.