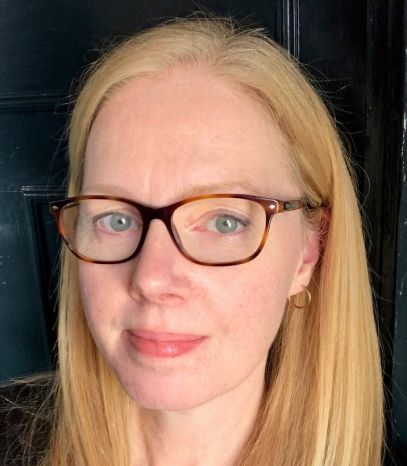 I am a Teaching Associate at the English Faculty, where my teaching and research range across the long Twentieth Century, with a particular focus on ecocriticism, literatures of health and sickness, and the affordances of interdisciplinary approaches to critique.

My second book (forthcoming) will be Orwell Unwell: Pathology and Contamination in the Fiction and Journalism of George Orwell. It deploys insights and methodologies from critical environmental and medical humanities in order to excavate new readings of Orwell’s fiction and journalism, arguing that structures of pathology and contamination informed not only Orwell’s subject matter, but his language and style, and had a profound impact on his political concerns about colonialism, socialism, and individual autonomy.

I am currently also working on a book on ecocriticism, ecopoetics, and radical landscapes.

I teach the MPhil seminar 'Green Ink: Landscape, Literature and Ecocriticism', and have contributed to the foundation course for the MPhil in American Literature. I am also an affiliate of Cambridge's Centre for Film and Screen Studies, where I have supervised a range of postgraduate work on twentieth-century British cinema. For the English Tripos, I teach the following papers: Part IB: Paper 7B (English Literature and its Contexts, 1870 to the present); Parts IB & II: Paper 1 (Practical Criticism and Critical Practice); Part II Paper 12 (Contemporary Writing), Paper 11 (Prose Forms 1936-1956) and Paper 18 (Literature and Visual Culture).

I am also a regular presenter for BBC R3's flagship arts and ideas programme, Free Thinking, and have written and presented several radio features.

‘Orwell the stylist’, in The Oxford Handbook of George Orwell, ed. by Nathan Wadell. (Oxford: Oxford University Press, 2023) In press.

‘Reeling and writhing in Benjamin’s Arcades: The curious case of the girl who wasn’t there’, in Modernism in Wonderland, edited by Michelle Witen (London: Bloomsbury, 2023). In press.

‘Political animals: Aesthetic instability and the revolutionary gaze in the film adaptation of Watership Down’, in Watership Down: Perspectives on and Beyond Animated Violence, edited by Catherine Lester (London: Bloomsbury, 2023). In press.

‘“That’s not writing, that’s typewriting”: Machines and masculinity from Cummings to Kerouac’, in Thanks for Typing, edited by Juliana Dresvina (London: Bloomsbury, 2021).

‘“Sound, substantial flesh and blood”? The redundancy of the body in T. S. Eliot’s ‘East Coker’ (1940) and Michael Powell and Emeric Pressburger’s The Life and Death of Colonel Blimp (1943)’, Twentieth Century Literature 66:1 (Spring 2020).

‘“The end of all our exploring”: Poetic inscription at the 2012 London Olympics and the 1951 Festival of Britain’, in Spatial Perspectives: Literature and Architecture, edited by Terri Mulholland and Nicole Sierra (Oxford: Peter Lang, 2015).