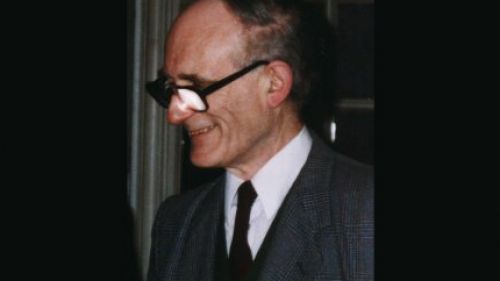 The Death of Dr Ian Doyle

It is with great sadness that the College has learned of the death of the distinguished alumnus, Dr Ian Doyle, who has died at the age of 92.

A leading figure in the study of English medieval manuscripts for over sixty years, Ian Doyle read English at Downing under F. R. Leavis, matriculating in 1942, from St Mary’s College, Great Crosby, Liverpool. He was taught as a graduate student by T. A. M. Bishop, completing his PhD, ‘A Survey of the Origins and Circulation of Theological Writings in English in the 14th, 15th and early 16th Centuries’, in 1953. He spent the entirety of his career at Durham, as Assistant Librarian in the University Library (1950-9), Keeper of Rare Books (1959-82) and Reader in Bibliography (1972-85).

A repository of expertise and wisdom on a wide range of subjects, he published over 200 chapters, articles, notes and reviews, and showed great kindness and generosity in his learning. He was awarded the Israel Gollancz Prize of the British Academy in 1983, and was elected a Fellow of the British Academy in 1992. He became an Honorary Fellow of University College, Durham, in 2004, and was a recipient of the Chancellor’s Medal of Durham University in 2010. In 2014 he was awarded the Bibliography Society’s Gold Medal for enduring services to bibliography. Throughout his long life, Dr Doyle maintained his connections with Downing, and donated a collection of literary letters and reference material to the College Library in 1991. The College salutes the passing of an exemplary scholar.