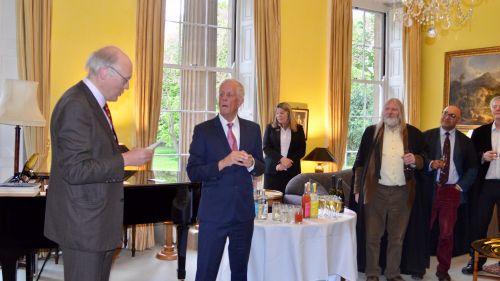 Downing is saddened to learn of the recent death of acclaimed director and Honorary Fellow Michael Apted (1960, History and Law) at the age of 79.

Michael was elected to an Honorary Fellowship at Downing in 2017 (pictured here at the ceremony with our then Master Professor Geoffrey Grimmett and Vice Master Dr Paul Millett).

We send our deepest condolences to his family.

Honorary Fellow in the news.