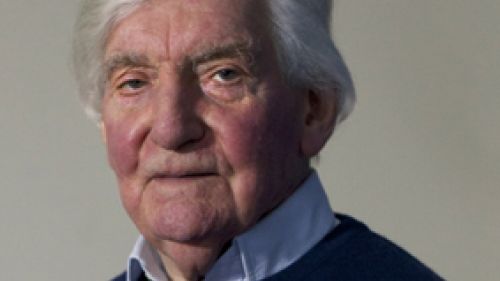 The son-in-law of Barbara Hepworth and Ben Nicholson, Alan was a major figure in the art world, first as a critic, then as an academic at the Courtauld, and an art collector and curator of many acclaimed modern art exhibitions. His time as Director of the Tate Gallery saw the creation of the Clore Gallery to house Turner's work, the instigation of Tate Liverpool, which opened in May 1988, and the establishment of the Turner Prize in 1984.

He published complete catalogues of Barbara Hepworth's sculpture and oversaw the opening of her former studio in St Ives as a Museum and Sculpture Garden. For many years he ran the Hepworth Estate, a task undertaken by his daughter, art historian Sophie Bowness, since 2008.

Alan was particularly helpful to Downing when we were setting up the Heong Gallery; we were grateful for his generosity in allowing the inaugural exhibition in 2016 to feature outstanding work from his personal collection. Writing recently to the Gallery Director Susan Lintott, he said "you made possible an unexpected last act for my long career."