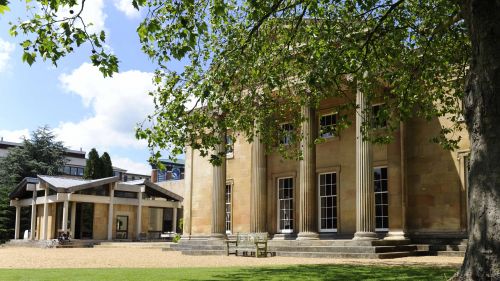 Downing College is delighted to announce the appointment of four new Honorary Fellows: Sir Keith Ajegbo, Victoria Brignell, Martin Maiden and Ritchie Robertson.  They will be formally admitted in the autumn.

Alan Bookbinder, Master of Downing College, says, "Downing is delighted to welcome as Honorary Fellows four people with such distinguished records in public life and academia. As alumni and former Fellows they all have a close connection to the College, and we are very pleased that they will play their part in our commitment to excellence and diversity."

Sir Keith Ajegbo was knighted in 2007 following a distinguished career in education. For 20 years he was Head of Deptford Green School, a comprehensive in North Lewisham with a multicultural intake from an economically deprived area. He raised the school’s academic achievement and created its reputation for citizenship education. Keith was a government adviser from 2006-2009 and the lead writer on the Curriculum Review ‘Diversity and Citizenship’. He is now Chair of the Stephen Lawrence Trust, a Trustee of the Charitable Foundation of the All England Lawn Tennis Club and Trustee of a small education charity working in Rwanda. He was born in 1946 to a Nigerian father and a white mother and came to Downing in 1966 to study English. In 1969 he captained the Cambridge University tennis team against Oxford.

Victoria Brignell is a radio producer on BBC Radio 4’s In Our Time and a disability champion. She has been paralysed below the neck since she was six. She is Chair of Action on Disability, which provides a range of services to disabled people in London. She is also a trustee of Magpie Dance, a Commissioner on Hammersmith and Fulham Arts Commission, and Chair of Hammersmith Amnesty International Group.  She has written widely about disability issues, including for the New Statesman, where for four years she wrote a regular feature. She studied Classics at Downing, matriculating in 1994.

Martin Maiden is Professor of the Romance Languages at Oxford and Director of the Oxford Research Centre for Romance Linguistics, which he founded. He is a Fellow of Trinity College, Oxford and a Fellow of the British Academy. He is the leading Romance linguist of his generation, with a distinguished career lecturing and publishing in Italian, Romance Philology and linguistic theory, including writing and editing some of the most influential reference books in the field. His work shows extraordinary breadth of knowledge across all the Romance languages and numerous dialects. Martin was a Fellow at Downing from 1989-96.

Ritchie Robertson is Taylor Professor of German Language and Literature at Oxford. He is a Fellow of Queens College, Oxford, a Fellow of the British Academy, co-director of the Kafka research centre and of the Besterman Centre for the Enlightenment. His research expertise and his publications cover an impressively wide range of German literary culture from 1750 onwards, especially the authors Franz Kafka, Heinrich Heine and Friedrich Schiller. His internationally renowned work is widely recognised for its quality, seriousness and innovation. Ritchie was a Fellow at Downing from 1984-89.