In The Footsteps of the Fallen challenge for Downing Alumnus

HomeIn The Footsteps of the Fallen challenge for Downing Alumnus 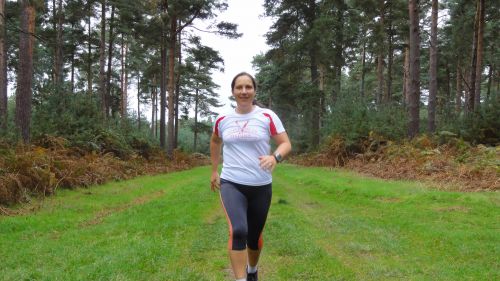 In The Footsteps of the Fallen Charity Challenge

Today Lizzie Rosewell, Downing alumnus and former Army Officer, begins an immense challenge.  She will run the equivalent of a marathon a day for 15 days along the Western Front to commemorate the 100th anniversary of the end of the First World War.

Lizzie's challenge will start with the Paris Marathon (Sunday 8 April), before running back to London following the lines of the Western Front and visiting many of the major battlefields and memorial sites of the First World War.  She will be raising money for the ABF The Soldiers' Charity, the National Charity of the British Army.

Running marathons and ultra-marathons over the past few years has, Lizzie says, "allowed me to rediscover myself following the birth of my two children."

During her challenge Lizzie will be commemorating individual soldiers with personal links to her own life by visiting their final resting places and sharing their stories, including those with a connection to Downing College. She has been working closely with Downing’s Roll of Honour project, remembering all College members who died in the First World War.  She is particularly pleased to be able to visit the grave of Frederick Wilson, who died on 12 April 1918, within a few days of the centenary of his death.

Lizzie says, “It has made the commemoration extremely personal to find out more about the individual circumstances of some of the soldiers who died; young men just like any of us, with their whole lives ahead of them.”