Honorary Fellow named President Elect of the Society for Neuroscience

HomeHonorary Fellow named President Elect of the Society for Neuroscience 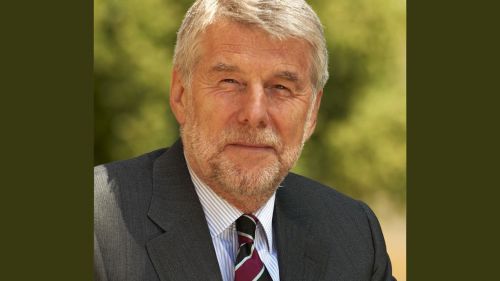 Downing College would like to congratulate Honorary Fellow and former Master Professor Barry Everitt on the announcement that he is the President Elect of the Society for Neuroscience (SfN).

Professor Everitt is the director of research and a professor of Behavioural Neuroscience at the University of Cambridge, and the provost of the Gates Cambridge Trust. He is the first SfN President who is actively based at an institution outside of North America.

Everitt currently serves on the SfN Council and has previously served on the Committee on Committees and the Program Committee. His research covers the neural basis of learning, memory, and motivation applied to understand the neural and psychological mechanisms underlying drug addiction.

Mark H Johnson, Professor of Experimental Psychology (1931) and Head of the Department of Psychology said, "Many congratulations are due to Barry Everitt. This is the first time ever that the SfN has elected president from outside the US, so is something to celebrate!"