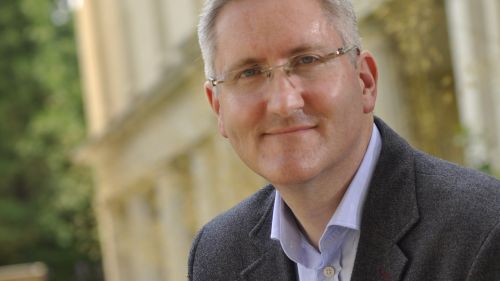 Downing College is delighted to announce that Professor Graham Virgo KC (Hon) has been elected as the next Master, the 19th Master since the College’s foundation in 1800. He will take office on 1st October 2023, succeeding the 18th Master of Downing College, Alan Bookbinder, who has held the role since 2018.

Professor Virgo read Law at Downing College in the mid-1980s, before heading to Christ Church, Oxford to read for the Bachelor of Civil Law degree. Intending to become a barrister, he attended Bar School in London, but was encouraged to return to Downing in 1989 as a Law fellow. Over the years Professor Virgo has held numerous roles within College, including Tutor, Director of Studies and he was the Senior Tutor for a decade. He is currently the Senior Fellow.

He was appointed to a University Lectureship in the Law Faculty in 1992, and is currently a personal chair in English Private Law. In 2014 he was appointed Pro-Vice-Chancellor for Education in the University, and in 2018 became Senior Pro-Vice-Chancellor. In this role, Professor Virgo has led major initiatives, including the creation of the Foundation Year programme, the launch of the Stormzy Scholarship for UK Black students and changes to provision for student mental health and wellbeing.

Professor Virgo is married with two children. His met his wife Cally when she was a research fellow in Classics at Downing, and they were married in the College Chapel in 1993 (so far the only marriage between two Fellows of the College in its history).

Professor Graham Virgo says: “It is a delight and honour to me that I have been elected the 19th Master of Downing College. After nearly 40 years here, first as an undergraduate and later as a fellow, I know the transformative effect that Downing has on its students. I look forward to working with fellows, students, staff and alumni to ensure that the College continues to transform and is accessible to all who show the potential to thrive and excel. I remain committed to ensuring that the Downing community is diverse and inclusive, and, that we aspire to academic excellence in all we do. My wife, Cally, who was a Research Fellow at Downing is equally excited to return home to the College that has given us both so much.”

Professor Zoe Barber, Vice Master and chair of the electors, says: “I am delighted to announce that Professor Graham Virgo has been elected as the next Master of Downing College, to take over from Alan Bookbinder at the start of October 2023. Graham is already well-known to many associated with the College, having been a student, Fellow, Tutor, Director of Studies (Law), and Senior Tutor, amongst other roles over the years. We very much look forward to welcoming Graham into the College as Master."