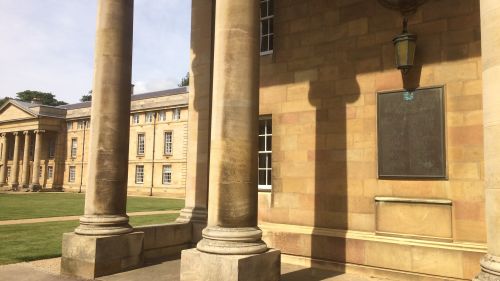 Three entries added to the Roll of Honour to mark 100 years since their deaths.

This week Downing College Archivist Jenny Ulph added three entries to the Downing College Roll of Honour to mark 100 years since the deaths of former students David Dewar, Cecil Harry Edmunds and Harold Dunkerley.  Sadly, all three men were all killed in action within hours of each other. On 21 March 1918, the Germans launched their 'Spring Offensive' or Kaiserschlacht, resulting in the deepest advances by either side since 1914. 'Operation Michael', lasting until 4 April, was the main part of the German attack over the following months and resulted in the loss of nearly 255,000 Allied lives.