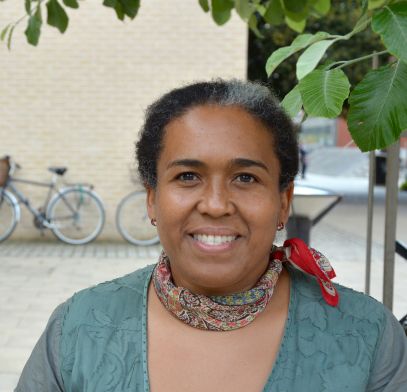 An integral part of my academic work has been my commitment to explore different forms of engaged and engaging sociology with a deep concern for social justice. This has taken me to develop links and projects that aim to make racism public. My research has primarily developed around three areas: the study of racism in terms of its lived experience, its structural and institutional dynamics and the possibilities of antiracist practices and discourses; feminist theory and the interconnections between beauty, embodiment, emotions and racism; and, visual methodologies and applied research collaborations. I have focussed on Mexico and Latin America more broadly.

In the summer of 2011, I co-founded the Collective COPERA (Colectivo para Eliminar el Racismo en Mexico) alongside Dr Emiko Saldivar (University of California-SB) and Dr Alicia Castellanos (UAM-Iztapalapa) and now has grown to include a wider group of academics and activists. The collective has been developing a series of initiatives to make racism public in Mexico, to make racism visible in its multiple forms in the country and to incorporate a 'race' perspective in public policy and human rights activism.

In terms of my research I am closing and developing various projects: “Becoming Black: gender, racism and representation in the Costa Chica, Mexico” (2016) interrogated how the official recognition of blackness in Mexico has reconfigured tensions between mixedness and defined ethno-racial identities of indigenous, mestizo (mixed race) and black populations. In February 2018, I closed the British Academy funded project “Institutional racism and the logics of the contemporary Mexican state” (2016-2018), with Dr Juan Carlos Martinez (CIESAS-Pacífico Sur, Mexico). This was a research collaboration that aimed to strengthen the study of racism within scholarship on pluralism and legal anthropology and to understand how racism operates in the construction of the state. The project included exploring two case studies that analysed how the state defines and offers differentiated access to resources (water) and services (health and reproductive rights).

Currently I am half way of the £1m ESRC funded project “Latin American Antiracism in a ‘Post-Racial’ Age” (2017-2019), with Prof Peter Wade (University of Manchester), which investigates antiracist practices and ideologies in Brazil, Colombia, Ecuador and Mexico. The project contributes to addressing problems of racism and racial inequality in the region and to shaping on-going debates there about how to conceptualise and label racism, anti-racism, discrimination and the idea of race.

This video explores some aspects of my work in relation to beauty and racism in Mexico (with English subtitles.)

I was awarded the 2017 Pilkington Teaching Prize, you can see this video about my teaching practice.