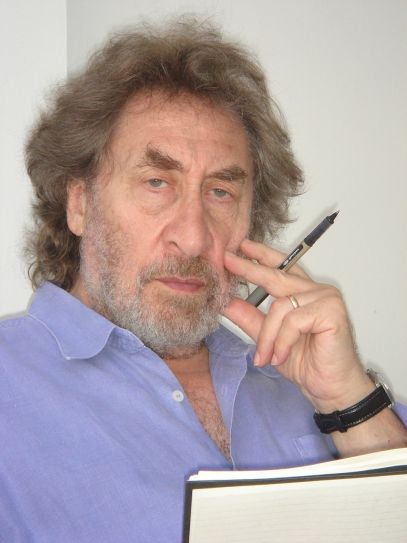 A pupil of the legendary critic and academic, F.R. Leavis, during the heady days of the early 1960s, Howard Jacobson has described himself (in response to being labelled “the English Philip Roth”) as “a Jewish Jane Austen”.

On leaving Downing College with a degree in English, he emigrated to Australia to teach at Sydney University before returning to England three years later to begin a long and distinguished career as a novelist. His acclaimed subsequent works, including the partly-autobiographical “The Mighty Waltzer”, featuring a teenage table-tennis champion in 1950s Manchester, “Who’s Sorry Now?”, “Kalooki Nights”, “J” and “Shylock Is My Name”, have garnered countless awards, most notably with “The Finkler Question” winning the Booker Prize in 2010; a rare achievement for a comic novel.

Mr Jacobson has been a weekly op-ed writer for The Independent newspaper and has scripted a number of Arts programmes for television in the UK and Australia, as well as contributing to series on the history of Christianity and the Bible. His lofty status in the literary firmament was confirmed by an invitation to appears as a guest on Radio 4’s “Desert Island Discs” in 2011 and a review of his 2017 collection of opinion columns, “Whatever It Is, I Don’t Like It”, championed Mr. Jacobson as “one of the great guardians of language and culture”. Perhaps as a reaction to his student days, Mr Jacobson chose, as his desert island luxury, an endless supply of pressed shirts and trousers.