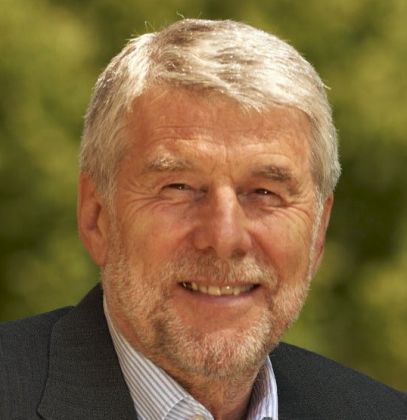 Barry Everitt is one of the world’s leading authorities in behavioural neuroscience, specialising, in particular, in the role of learning and memory in relation to drug addiction. His ground-breaking research is focused on the neural and psychological mechanisms underlying the compulsive use of addictive drugs and the nature of vulnerability to addiction. He also pioneered the investigation of the brain mechanisms underlying drug memories and the way these might be targeted to prevent relapse and help free individuals from the bonds of addiction.

Professor Everitt was educated at the Universities of Hull and Birmingham and spent an important time training in neuroscience at the Karolinksa Institute in Stockholm before joining the Department of Anatomy at Cambridge in 1974 and becoming a Fellow of Downing College in 1976. He later served as Master of the College from 2003 to 2013 and was elected to the Fellowship of the Royal Society in 2007.

He has been editor-in-chief of the European Journal of Neuroscience, reviewing editor for “Science”, serves on numerous international scientific advisory committees and is the recipient of countless awards for his contribution to our greater understanding of the neural basis of motivated behaviour.

Professor Everitt is currently Emeritus Professor of Behavioural Neuroscience and Director of Research in the Department of Psychology at Cambridge, Provost of the University’s Gates Cambridge Trust and was recently elected to serve as the first non-North American President of the Society of Neuroscience in its 50th anniversary year.