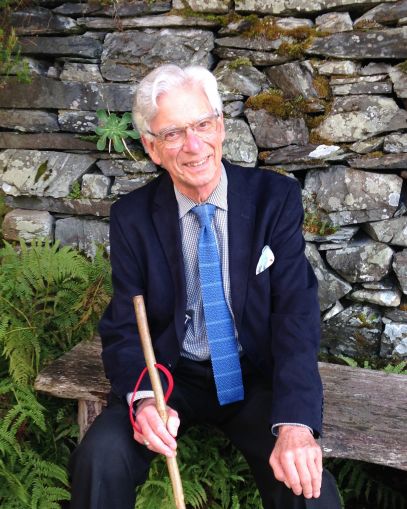 From his very first and brief appointment (as a gardener’s apprentice), Professor David Ingram has dedicated his life to the study of Botany, Plant Pathology, Horticultural Science and Conservation of Biodiversity; and, more recently, the synergy between the decorative/fine arts and botany/horticulture during the 19th -21st centuries, and the sociology of technological innovation in plant science.

After gaining his PhD at the University of Hull and then spells as a post doctoral Research Fellow in the Universities of Glasgow and Cambridge, he became in 1974 a University Lecturer in Botany (later Reader) and a Fellow of Downing College where he went on to serve as Director of Studies in Biology, Dean and Tutor for Graduate Students. In 1986 he was admitted to the Degree of ScD. In 1990 he was appointed Regius Keeper (Director) of the Royal Botanic Garden, Edinburgh and Honorary Professor in the Universities of Edinburgh and Glasgow and RHS Professor of Horticulture.  After this Professor Ingram returned to Cambridge as the 37th Master of St. Catharine’s College; a post he held from 2000 to 2007. He then returned north, first to North West England and then finally Scotland, working as Honorary Professor in the Universities of Lancaster (Environment Centre) and Edinburgh (Science, Technology & Innovation Studies).

Professor Ingram has written and lectured extensively on the pathology and historical significance of plant disease and of the vital significance of maintaining natural ecosystems and botanical gardens in 21st century urban life. Professor Ingram now also writes and lectures on the wider history of botany/horticulture and the arts; topics ranging from the flower paintings of Henri Fantin-Latour to the illustrated botanical writings, records and garden making of John Ruskin.  As well as having been appointed OBE and elected a Fellow of the Royal Society of Edinburgh, Professor Ingram is an Honorary Doctor of the Open University and holds the Victoria Medal of Honour, the highest accolade bestowed by the Royal Horticultural Society.