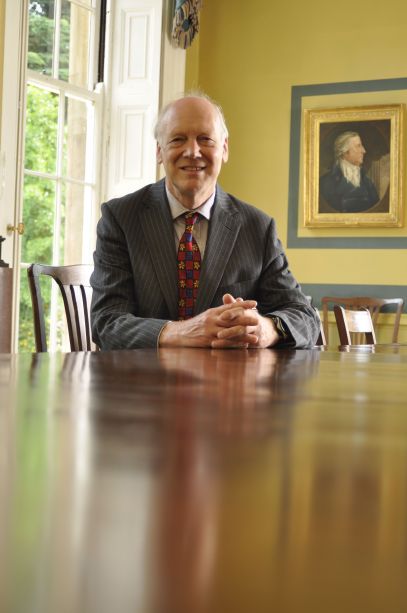 Geoffrey Grimmett is a mathematician who is widely known for his work in probability theory and statistical mechanics.  He is recognised for his research into the properties of complex interacting systems, including percolation theory and disordered physical models. He has written a number of important scientific books and articles on random processes and spatial disorder.

An ex-pupil at King Edward’s School, Birmingham, he was admitted to Merton College, Oxford in 1968, graduating in 1971, before taking his DPhil and gaining a Research Fellowship at New College. After 16 years at Bristol University, Professor Grimmett was elected in 1992 to the Professorship of Mathematical Statistics at Cambridge, where he became a Fellow of Churchill College. He was Director of the Statistical Laboratory from 1994–2000, and Head of the Pure Mathematics Department (DPMMS) from 2002–2007.

Professor Grimmett served as Master of Downing College from 2013–2018 and was elected a Fellow of the Royal Society in 2014. His period as Master was characterised by a flowering in the cultural and artistic values and activities of the College. Following retirement from Downing, he returned to DPMMS and accepted a part-time Professorial position at the University of Melbourne. He became the Chair of the Heilbronn Institute for Mathematical Research in 2020.

Geoffrey Grimmett’s facility with numbers and probability has led to a number of external opportunities, including consultancies on a variety of television game shows, and as advisor on electoral matters to the European Parliament. As a world-class competition fencer, he represented Great Britain in the “foil” category at the 1976 Montreal Olympics and thus witnessed, almost first-hand, one of the more notorious cheating scandals in Olympic history. In his spare time he likes to climb mountains and descend canyons.

Full details of his research and publications can be found on his pages at the website of the Statistical Laboratory.