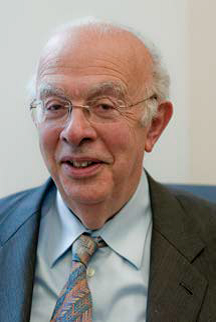 Born in London during the final week of the Blitz and educated at the City of London School, Lawrence Collins went on to gain a starred first in Law at Downing before crossing the Atlantic in the mid-1960s to complete his Master’s degree at Columbia Law School in New York. In 2009 he was appointed a Law Lord, and then a Justice of the Supreme Court of the United Kingdom, when the functions of the Law Lords were transferred to the new Supreme Court.

He was a partner in City solicitors Herbert Smith for 35 years, and made legal history by becoming in 1997 one of the first two solicitors to be made practising Queen’s Counsel. His practice was in international litigation and one of his highest profile cases was appearing as QC for the Government of Chile in the proceedings to extradite General Pinochet to Spain.

In 2000 Lord Collins became the first High Court judge to be appointed directly from the solicitors’ branch of the legal profession, and in 2007 and 2009 the first to be appointed to the Court of Appeal and then to the most senior court of the United Kingdom.

Since 1987 he has served as General Editor of Dicey & Morris on the Conflict of Laws (now “Dicey, Morris and Collins”), the standard legal reference work on the subject, and has written extensively on private and public international law. He became a Fellow of Wolfson College in 1975 (and is now emeritus and honorary fellow) and an Honorary Fellow of Downing in 2000, and since 2011 he has been Professor of Law at University College London, and has served as a Visiting Professor at Columbia University Law School and New York University Law School. He was awarded an LLD by Cambridge University in 1994, and is a Fellow of the British Academy and a member of the Institut de droit international.

Since his teenage days, he has been an avid follower of jazz.