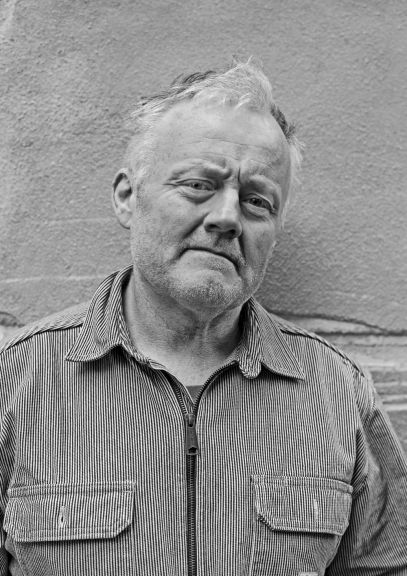 Appointed to Downing’s Honorary Fellowship in 2016, Stephen Chambers is a graduate of St Martin’s and Chelsea Schools of Art. Between 1998-99 he was the Cambridge University / Kettle’s Yard Artist in Residence, based at Downing College, thus beginning the College’s engagement with contemporary art. He has won numerous prizes, his work is held in private and public collections around the world, and his exhibitions span dealer’s galleries to international museums.

In 2017 Stephen Chambers was invited by Ca’ Dandolo to hold a major exhibition at the 57th Venice Biennale. Instigated from an idea by the Spanish novelist Javier Marias,The Court of Redonda consists of 101 panel paintings. Collectively the work imagines a country where governance is provided by creators, imagination, and equipoise: a folly, though opening a discussion about society’s priorities, tolerance and collective responsibility. A debate for our times. The exhibition was subsequently shown at the Heong Gallery the following year.

Whilst primarily a painter and printmaker, Stephen Chambers has designed three sets for The Royal Ballet; contemporary dances originated from paintings that he made, and has made numerous artists’ books with poets and chefs.

He was elected a Royal Academician in 2005, where he is currently the Chair of the Exhibition Committee. He is a Trustee of The Koestler Trust, The Bryan Robertson Trust, and an advisor to Freedom From Torture. He lives and works in London and Berlin.